Whether it’s ghost mannequin and model photography or packshots and casual shots: when only three weeks are available to produce a catalog of over 1,500 products — including photographing meticulously crafted outdoor jackets and backpacks, retouching image files and creating a detailed table of contents — the intelligent use of media IT is essential for an efficient production process.

Since it began working with the media and IT service provider, Laudert, in early 2013, Jack Wolfskin has been able to significantly reduce the time needed to produce its bi-annual B2B catalog. To make this ambitious goal a reality, the various tasks currently assigned to different studios, agencies and printers were all transferred to Laudert. To develop the brand new workflow, the joint expertise of all four of Laudert’s business divisions — media production, media IT, photography and digital printing — would be needed.


Optimizing the process
In many cases, even moderate changes to the media workflow are enough to reduce the length and cost of production to a certain extent. But that wasn’t enough for Jack Wolfskin. The process developed for the company was a radical change in every way, and the goals were ambitious. What was initially developed as theory needed to prove itself in practice in the fall of 2013 for the production of the "Fall/Winter 2014" catalog. The risk of making such fundamental changes to the process was rewarded. Despite the short timeframe, freshly printed copies of the B2B catalog, known as the „workbook“, were ready in time for visitors to the industry trade show to place their orders.


Time savings of two weeks
Arnd Hemmersbach, manager of brand communication at Jack Wolfskin, had initiated the cooperation with Laudert and accepted the risk of this radical new beginning. His summary of the first two rounds of production is absolutely positive: „Together, we entirely reworked the production process for our B2B catalog. The efficiency of the studio and media production team was paramount, as were the innovative technical solutions in database publishing developed by Laudert. We were able to shorten the production process by two weeks, which gave us a decisive competitive advantage.“

Using standardized sets and a well-coordinated team during ghost mannequin photography, valuable time was saved in the studio. And, in addition to the highly capable studio and media production team, two particular media IT products were responsible for the success of the initiative: LaudertMediaPort® was used as the basis for the complete imaging process and priint:suite prepared the data for the entire 320-page catalog.

Due to the extremely short time frame, important parameters needed to be conclusively defined before production could begin. This included setting up the entire process, the server and interfaces, as well as customizing the software, including all necessary rights and roles. Further preparatory tasks include developing and setting up templates for pages and products, as well as creating the “look book”. This shows how and from which perspective different product groups need to be photographed, and forms an important foundation for an efficient photography process as well as the uniform representation of articles within a product group.


LaudertContentFlow® keeps things moving smoothly
Production starts ramping up as soon as the products to be produced for the new collections are finalized. These are „ordered“ in a list that includes comprehensive information for the photo production, as well as codes for automated page layout. This list is imported in LaudertContentFlow® so that, when the corresponding sample pieces arrive at the studio, all the relevant information is immediately available. This software, which was developed in-house by Laudert media IT, controls the entire production process within the studio, including the downstream image processing process, adding metadata, etc. When the products arrive, they are logged in LaudertContentFlow® and can immediately be identified at every work station via a barcode. To save time and expense, certain products are produced with digital „recoloring“. When the product is logged in, a decision is made as to whether it is suitable for this process. This is entered into LaudertContentFlow® and the article is automatically assigned to a new process path. Even experts can hardly tell the difference between recolored and „real“ product photos.

Using the detailed look book and the information saved in LaudertContentFlow®, photo production can begin. As soon as an image is uploaded to LaudertMediaPort®, a sophisticated review and approval process begins. This process takes into account both the requirements of the responsible product manager as well as those of the advertising team. Because the products are so complex, the approval process is split into two steps. First, the initial photo is approved and then, in an additional step, the finished image, including retouching.


Automation with the help of database publishing
The InDesign documents were created in parallel to the photoshoot. priint:suite, the database publishing software, played a central role in this process. Before production started, it was clearly defined which products would be displayed where; this was then depicted in full-page layouts. This allowed the pages to be automatically generated. Texts from the product management system were made available via an XML export and linked to placeholders. These links allow the product information to be updated at any time.

The file names are used to determine how large the product is and which grid to use for the automatic layout in each instance. This is an important point, because it might be that the ghost mannequin photography displays a jacket with the hood up in one image and with it pushed down in another. When detail shots are required, these are also recognized and automatically placed in the appropriate locations in the page template.

Since the workbook serves as an order handbook, the article numbers are used during the database publishing process to automatically generate barcodes and position them alongside the product information.

Whenever data is updated from the product management system, priint:suite highlights any changes in the InDesign document. This allows the changes to be easily reviewed and accepted; any necessary changes to their visual presentation can also be made at this point. After the final update is made, just before the catalog goes to print, an index and table of contents are automatically created. After a final quality check, a small preliminary run of the workbook is printed on HP printers in the digital printing department at Laudert. Production of the complete offset print run begins simultaneously.


Cooperation between divisions leads to greater efficiency
Jörg Rewer is pleased with the successful cooperation. „The Jack Wolfskin example shows how important it is to link the different media IT departments efficiently and intelligently. It allows us to quickly tap into the potential for optimization. This allows additional upgrades to the process — such as using the LaudertMediaPort® to create different language versions, or using it as a full-feature PIM solution — to be implemented quickly whenever it would be of benefit. Our long-term customers appreciate this efficient, goal-oriented approach. And we are proud to count an internationally celebrated brand like Jack Wolfskin among them and to know that they are making use of the great potential for innovative media production strategies.“ 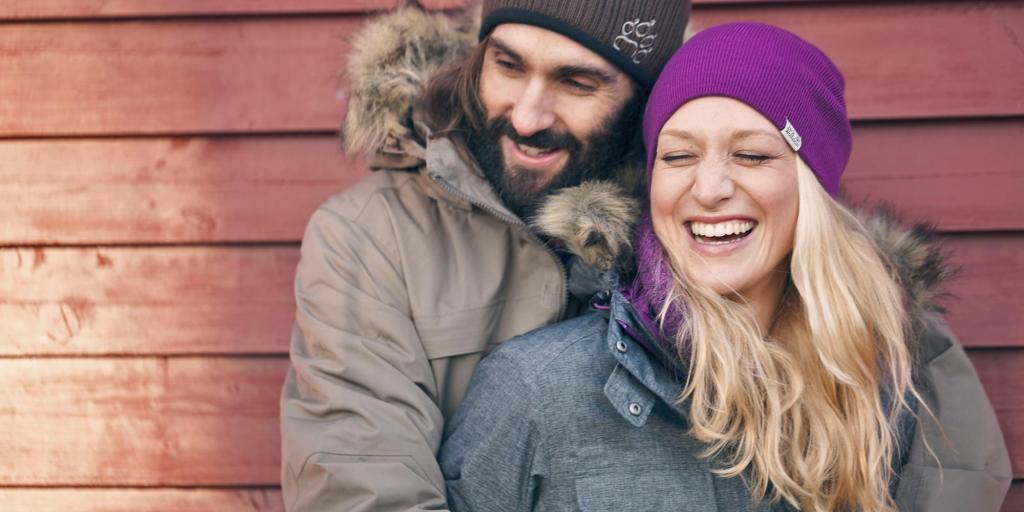